The Sacro Monte is located in a charming landscape, on a promontory overlooking Lake Orta. A sequence of twenty chapels surrounded by nature illustrates some episodes of the life of St. Francis, with sculptures and paintings. The chapels are distributed along a route that runs along the hilltop, offering spectacular views on the lake and on San Giulio Island.

The first idea for a Sacro Monte in Orta dates back to 1583, modelled after the religious itinerary of the Sacro Monte of Varallo. It only became reality in 1590, thanks to the contribution of Abbot Amico Canobio from Novara, and according to the project of Capuchin architect Cleto from Castelletto Ticino. From 1593 to 1615, Bishop Carlo Bascapé of Novara became the main actor of the building process, setting an indelible stamp on the Sacro Monte. He established the sequence of mysteries to be built inside the chapels, he defined the architecture of the complex, in close cooperation with Cleto, and he invited renowned artists to work in Orta.

Statues and paintings create scenes of deep realism: the intimate and natural atmospheres typical of early seventeenth-century Lombard art are combined with the lively theatrical Baroque style of the end of the century. Among the artists that worked at the Sacro Monte of Orta, we can remember the Fiammenghinis, Morazzone, Cristoforo Prestinari, the d’Enricos, Dionigi Bussola and the Nuvolone brothers.

The route ends at the Church of San Nicolao, a proto-Romanesque building, completely redesigned during the seventeenth century to recreate the spaces of the lower Basilica of Assisi. The Church houses an ancient group of wooden statues representing Our Lady of Mercy (XIV century).

The beauty of the landscape, its silence and harmonious balance between art, architecture and nature mirror the essence of Franciscan spirituality. 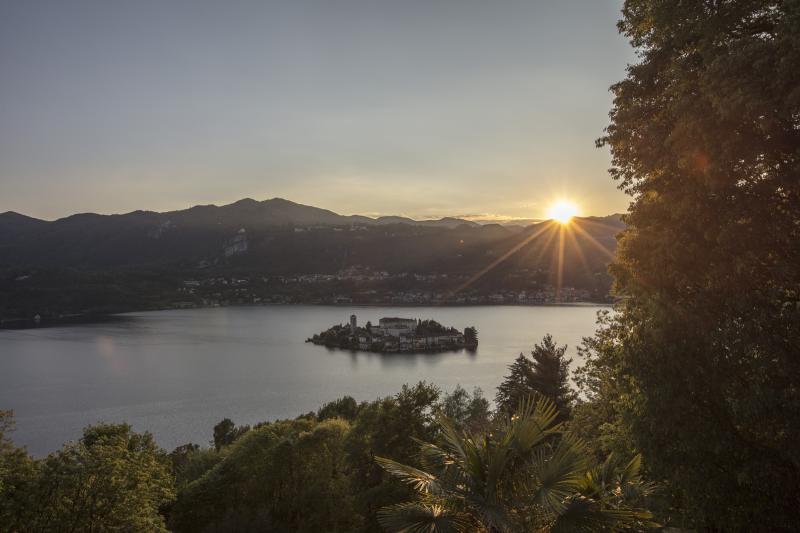 Sanctuary and monastery of Franciscan Friary